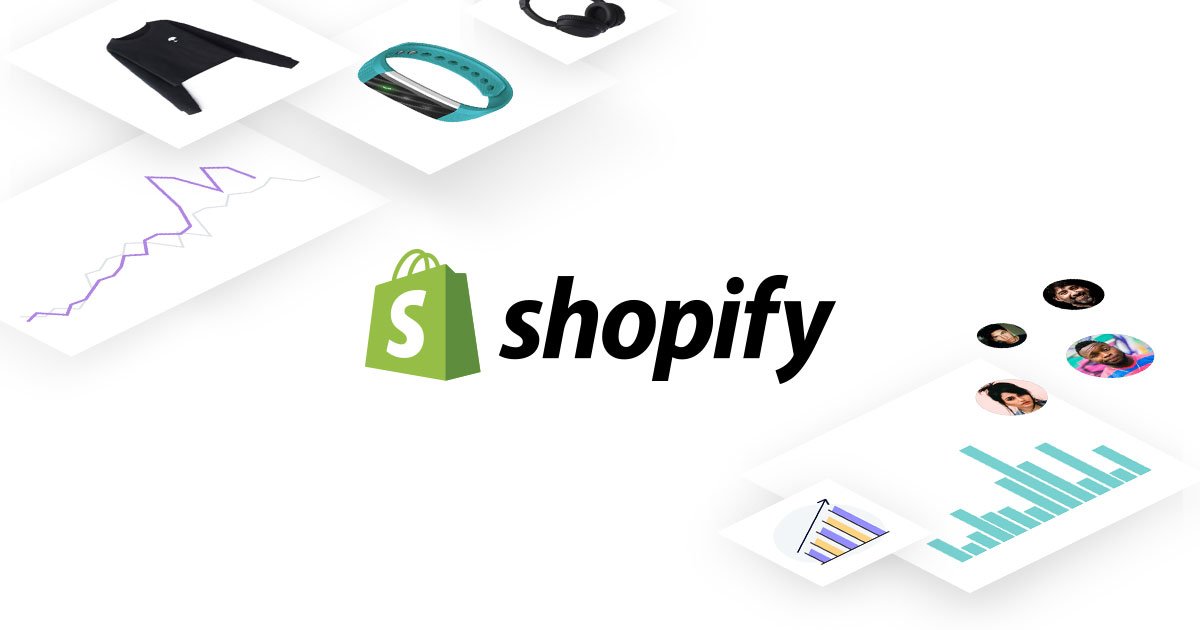 Shopify is on a roll right now. In the last couple of weeks, the company has been making waves and announcing some major product updates and new features. Shopify is now offering not only an easy-to-use e-commerce platform but also a range of products from emailing and shipping to financial services. The company has also reacted to the COVID-19 pandemic by launching its Shopify Capital program in Canada, that offers cash advances between $200 CAD and $500,000 CAD to small and medium-size merchants. All this in the hopes of capturing an accelerating e-commerce penetration and as the founder, Tobi Lütke, emphasises, to help struggling companies. Will Shopify be the saviour of small businesses?

The unfolding economic crisis has hit especially small and medium-size businesses hard. With lockdowns in effect all over the world, many companies were forced to turn to online, hoping to restore revenues and keep their business afloat. E-commerce penetration in the U.S. took a steep increase from 16% at the end of 2019 to 27% at the end of April. This change is likely here to stay – even after the lockdowns are lifted, many shoppers will continue shopping online from the safety and comfort of their homes.

One of the industries that has suffered the most so far is fashion. According to McKinsey’s The State of Fashion 2020 report, the revenues for the global fashion industry will contract by up to 30 percent year-on-year in 2020. Celebrated as a huge victory for the industry, last week American Vogue and CFDA announced a new partnership with Amazon, presented as a saving opportunity for struggling fashion designers. The new digital outlet for high-end independent brands is supposed to be a quick and easy way to get businesses online. Though the launch drew some critical attention, pointing out that the shopping experience on Amazon might not be well suited for luxury brands.

User experience is not the only concern brands have. Amazon has a questionable reputation when it comes to working with merchants – from reports of the company using sales data to create its own competing products, to the flood of counterfeit products that forced Nike NKE to pull out its apparel and shoes from the marketplace. But perhaps the biggest worry is the data that Amazon harvests from each transaction, each consumer interaction – the data that brands often don’t have any access to. The digital future for a brand can not be built without knowing who the customers are, being able to communicate with them directly, and learning from their feedback. While Amazon looks like a lucrative acquisition channel with hundreds of millions shoppers worldwide being exposed to a brand, the price that companies pay is high.

Shopify has come to the rescue of small businesses and offered a different kind of partnership. Even before the pandemic arrived, the company was known for its easy to set up and use e-commerce platform. During the crisis Shopify doubled down on the mission to help struggling businesses and capitalised on the increasing e-commerce penetration. According to the company’s COO, Harley Finkelstein, the number of new stores created on Shopify grew 62% between March 13 and April 24, compared to the prior six weeks.

Companies are drawn to Shopify not just because of the platform’s simplicity and accessibility, but also because it allows them to create a unique touch point and relationship with their customers. There is no “Powered by Shopify” branding on a merchant’s website. One can choose design of their online-shop and decide how to interact with customers. In a recent interview, the CEO and founder of Shopify, Tobi Lütke explained that his desire is to empower brands to create quality products that people love, and use customer feedback to continuously perfect them. This passion shows in the way Shopify builds its platform. It is centered around their merchants – “focus on your products and let us take care of everything else”.

Today the company offers not only the opportunity to bring businesses online but a wide range of products and services in the e-commerce ecosystem, provided by Shopify and independent developers. Though lately the company has been snapping up more and more of crucial functionalities and keeping them for itself. Back in March 2019, Shopify announced that Mailchimp, a popular service that lets customers run targeted email campaigns, will no longer be available in the Shopify marketplace. Instead, Shopify launched its own emailing service called Shopify Mail. Yesterday, at its virtual Reunite event, the company unveiled a range of new services making its quest for e-commerce domination even more clear. Some of the products were built during the pandemic, like a tipping feature to help restaurants who moved online, easier setup for cross-border sales, or Local Pickup to enable curb side pickups.

Shopify is no longer only focusing on the digital part of e-commerce – the company’s desire is to facilitate each crucial layer and process involved in shopping. That includes Shopify Shipping, that ensures faster and cheaper deliveries, currently available in the United States, Canada, and Australia. The company also remains committed to investing $1B in its fulfilment network, including developing autonomous warehouse robots.

The grand expansion is also moving in the space of payments and financial services. The company’s payment and simplified checkout, Shop Pay, is claimed to be used by 40M shoppers regularly and delivers a 1.72x higher sales conversion rate. An even bigger impact is expected from a new feature, that will allow shoppers to pay in instalments, being in direct competition with “Buy now pay later” players like Klarna, Afterpay and Affirm. As I explained in December 2019, the payments industry is the center of a multi-billion dollar war. In this highly competitive space, it’s not enough for payment companies to just be a payment provider. The only way forward is in reinventing themselves, broadening their offerings and adding extra value for merchants and consumers. With the launch of its expanded financial services, Shopify is now entering this space with the big advantage of already having a relationship with hundreds of thousands of merchants.

The ambitions of Shopify go beyond just shopping itself. The company is making strong bets on building a direct connection with shoppers as well. Tapping into acquisition channels like social media is one of them. Earlier this week, Facebook FB launched Facebook Shop, allowing merchants to set up a storefront on Facebook and Instagram and connect with shoppers directly on social networks. This is a big deal for the industry and the key detail is that all of it will be powered by the direct integration with Shopify.

The Canadian giant also announced a few weeks ago that it is relaunching its consumer app, Shop, formerly known as Arrive. While the Shop app was somewhat overlooked by the larger tech community due to this being the first relaunch with some technical flaws, I personally believe that this might be one of the most interesting steps the company has taken. Currently the app allows shoppers to track their purchases, follow their favourite brands, discover local merchants, and make seamless purchases via Shop Pay. Some of the criticism it drew was based on a concern that the Shop app is creating a user experience similar to Amazon, putting merchants up against each other. Shopify addressed that by reassuring that its Discovery engine will only show merchants in a close proximity to shoppers, as well as allow shoppers to follow brands they already know.

The bigger picture here is that with these moves Shopify can not only facilitate the end-to-end shopping journey – from discovering brands and buying things to tracking orders and making repeat purchases – it can own this journey, though for now only on behalf of merchants. I foresee this being expanded even beyond the shopping itself to the post-purchase experience. What could be more powerful than knowing exactly how your customers use your products, or what precisely needs to be improved?

Shopify and Amazon are often compared to each other and placed on opposite ends. It’s not a secret that the former is seen as a force for good while the latter is being cast as the villain in industry circles. The explanation for this difference in perception of the two giants comes from the way they reach their goals. One is seen as a cold and calculating machine that eats merchants alive, spits them out and pits them against each other to reach its own goals. Meanwhile the other is perceived as the friendly neighbourhood platform that just wants everyone to succeed on their own terms with the least amount of hassle. It might seem caricated but it’s not far from the truth.

It is clear that Shopify has the ambition to create a one-stop shop for e-commerce, they are already well on their way. It looks like the company is going to get there by creating a ‘Shopify X’ for each aspect – be that emails, fulfilment, or payments. One can look at this as a proof of the company's commitment to deliver the best possible e-commerce experience to merchants and shoppers – after all, if you want it done right, do it yourself. The question is whether their approach of helping and empowering merchants and delighting shoppers will be enough to match the sheer force of nature that is Amazon. More importantly, what compromises will they have to make to reach the top?

How direct-to-consumer brands can prepare for turbulent times