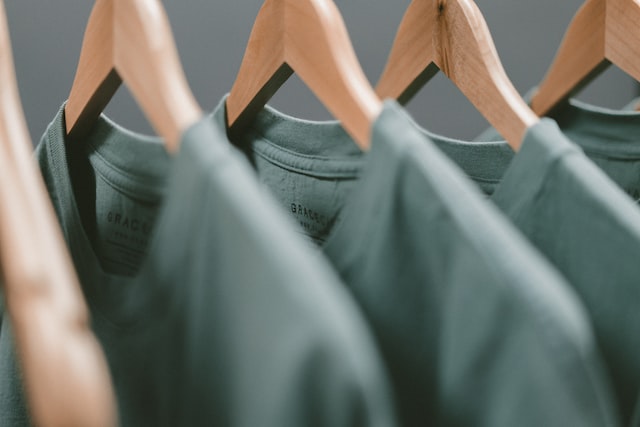 Sustainability in fashion has become a hot topic only recently. With media paying more attention and covering it, masses have an opportunity to understand, how fashion industry functions.

One of my favorite TV shows, John Oliver’s Last Week Tonight show, had a great piece on fashion. I might be bias, as I was watching this show since its very first day, but I have to admit, that John does a damn good job. Buying clothes has never been cheaper, as it is now. It applies not only to fast fashion companies but premium brands as well. So how can fashion companies make any money at all, while constantly pushing the prices down?

Only 2% of clothes in USA are made locally. The rest? John knows the answer….

Another wonderful example was featured in the NPR’s Planet Money podcast. I was fascinated and excited to discover a special project back in 2013. They rebroadcasted it this summer and I wanted to share it with you.

Behind it was a bigger goal and an idea.

10 REPORTERS, 3 CONTINENTS, 1 ARCHIPELAGO — all to show, how a regular t-shirt, same as you would buy in a store, is made.

Their story consists of 4 chapters: Cotton, Machines, People, Boxes. Each one covers a crucial part of production and consumption of clothes.

You can find the entire story at http://apps.npr.org/tshirt.

There are 6 miles of yarn in a single Planet Money T-shirt. If any of that yarn is too thick or too thin, even by a little bit, the T-shirt could start falling apart after just a few washes. (Yarn, by the way, is what ordinary people call thread. In the garment business, it’s called yarn.)

Spinning yarn is high-tech and shockingly complex. The yarn for the Planet Money T-shirt had to meet dozens of specifications — thickness, tenacity, the amount of twist, the direction of the twist. Newtons per tex!

This is the world behind our T-shirt: women like Jasmine and Doris working long hours in difficult conditions, dreaming of better lives for their families.

They’re part of a global wave that goes all the way back to the Industrial Revolution in England, when the first textile factories were created. In China in the 1980s, South Korea in the 1970s, America in the 1800s, and many other countries over the years, workers — mostly women — left subsistence farms to work in factories.

Listen to their story here

All this travel was made affordable by one simple innovation: the shipping container.

Big metal boxes might not seem like an innovation. But without the humble container, the global economy wouldn’t be nearly as global as it is — and the Planet Money T-shirt wouldn’t have been made the way it was.

Supercheap transport was a key reason that apparel companies went from making clothes in one place to managing global supply chains — so that, for example, a single T-shirt might start as U.S. cotton, then travel to Indonesia, Bangladesh and back to the U.S., all for far less than a dollar in shipping costs.

Final chapter “You” is dedicated to all people, who have helped the project and have been involved in it.

In the end of their project, Planet Money has presented final costs calculation — something, that I was really looking for. If you, like me, have been wondering, how much your t-shirt actually costs, check the chart below.

I found it interesting, that almost 18% were spent on shipping and handling. No surprise, this industry considered to be one of the least disrupted.

It is also fascinating, that actual production of a t-shirt was equal to just 25%-ish of all cost.

Planet Money admits that “The numbers are our best estimates. But they are only estimates. It turns out, even when you’re buying 24,470 T-shirts, people won’t tell you exactly how much everything costs”.

I would like to encourage you, my dear reader, to go and listen / watch / read all the facts and information about this project on their web-site http://apps.npr.org/tshirt.

It is clear for me, that sustainability in fashion is a controversial topic. It is not always easy to judge without having all the cards and information on your hands. But I do believe, that a difference can be made with more stories like the ones featured in this blog post. The more media and Internet coverage they get, the more people, hopefully, will think about fashion in a different, more sustainable and responsible way.

The Secondhand Market Is Growing Rapidly, Can Challengers Like Vinokilo Thrive And Scale?