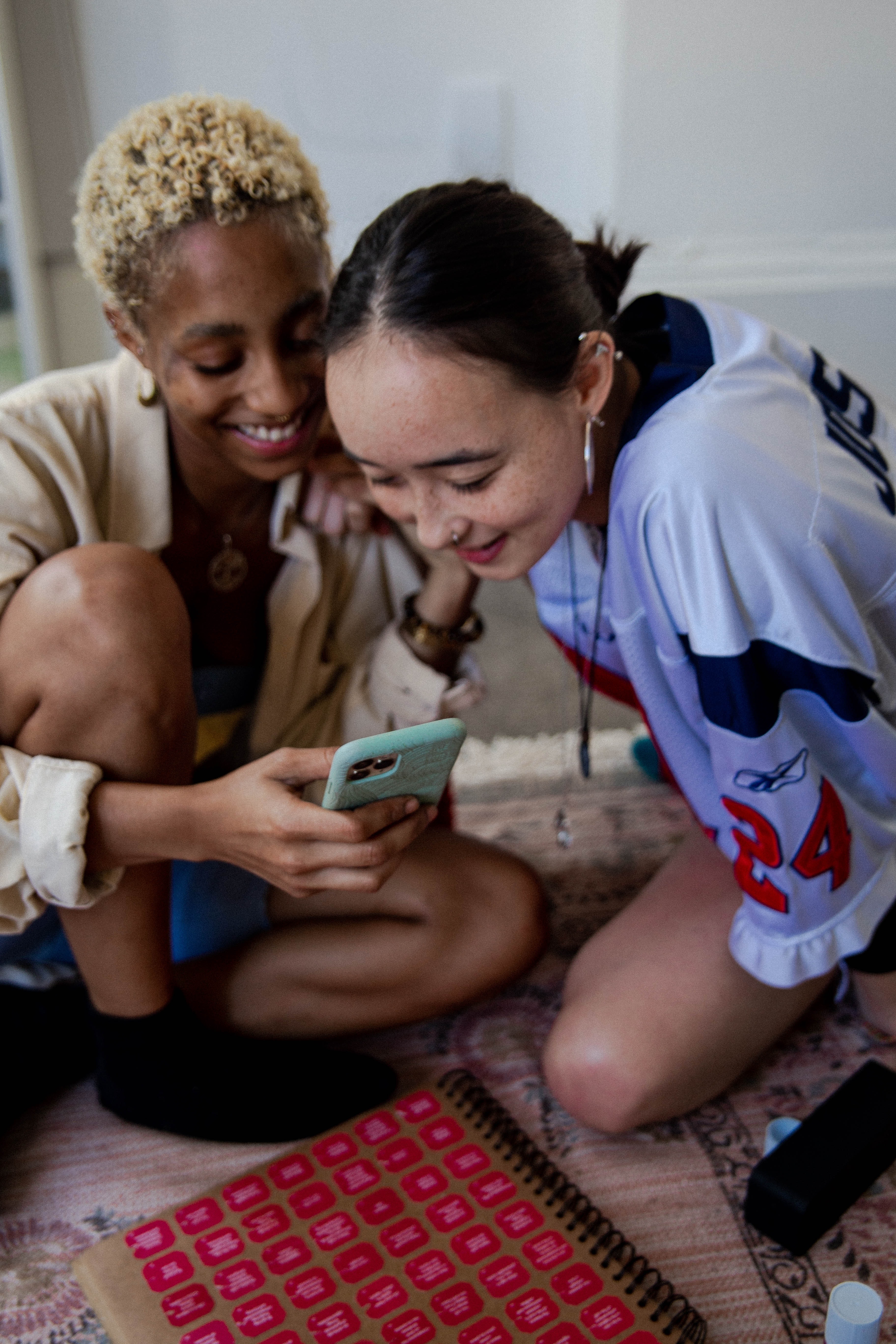 This article was originally published on Forbes.com.

Facebook is doubling down on its effort to bring more shopping capabilities to its social media apps. After initially launching Facebook Shop, a digital storefront for sellers, in May, it is now introducing a range of new features. Today, merchants are able to connect with shoppers directly via Messenger and WhatsApp, host live shopping events, and offer Instagram Checkout, so shoppers can finalize purchase right in the app.

Facebook’s interest in social commerce, a type of commerce that involves use of social media, is no coincidence. It’s being embraced by big brands, like Sephora, Target TGT -1%, Nike NKE -0.1%, Zara, and it is also something that consumers like. For example, 60% of people say they discover new products on Instagram. In addition, according to Salesforce CRM -1.1%’s quarterly Shopping Index, the number of purchases made through social media apps during the second quarter of this year was up 99% compared to the same time period last year. Evidently, 84% of shoppers review at least one social media site before purchasing – so why not let them to buy directly there?

It is clear that social commerce is growing rapidly, but how are Gen Z shoppers perceiving it? After all, it is the first truly digitally native generation that grew up with social media and constant use of the Internet. Gen Z shoppers already account for 40% of global consumers and will shape the future of commerce for decades to come.

According to Afterpay’s research, for these customers the lines between commerce, entertainment, and community are blurred. They value authenticity and untouched, raw visuals instead of glossy advertisements. For them fashion or beauty is not just an item, it’s a statement and representation of their beliefs.

Desire to co-create and collaborate

Gen Z shoppers gravitate towards collaboration. They want to interact with brands that understand them, they want to be heard and become a part of the creative process.

Fashion and beauty companies, naturally coming from creative industries, have a chance to tap into users’ creativity and uncensored individuality. For example, when Rihanna launched Fenty Beauty House on TikTok for her beauty company, users were encouraged to create and publish videos and tutorials for the brand’s newly revealed mascara.

French fashion brand, Celine took it a step further by launching the Spring 2021 men’s runway show inspired by TikTok culture, called “The Dancing Kid”. Embracing this generation’s ability to emancipate and express themselves creatively, the collection consisted of looks  including embellished jackets, patterned knits, and silver chain necklaces. Hedi Slimane, the creative director of the brand, hired rapper-songwriter Tiagz, who became TikTok-famous thanks to his sound-turned-TikTok challenge "My Heart Went Oops”.

Shoppers are also looking for new ways to connect with their favorite brands. The rise of direct-to-consumer brands can be one indication of the desire to connect and communicate with brands directly. At the same time, conversational commerce, or commerce enabled as a part of messaging and communication apps has become more popular.

The Chinese messaging apps were the first to merge messaging with commerce and create very popular and convenient shopping platforms. The e-commerce giant JD.com, second in China to Alibaba BABA -2%, has its store on WeChat, one of the most popular messaging platforms in the country. In July the company doubled down on the e-commerce offering by launching Westore, or Weixin Xiaoshangdian. It offers a wide range of e-commerce features such as product listings, order management, payment, logistics, and others.

In Japan this trend has been captured by Line, the “everything for everyone” app used by the majority of Japanese users. Today, a Line user can find a brand’s store, look for items, and finalise a purchase – all without leaving the messaging app. Line Official Accounts gives a wide range of communication options from sending push notifications and messages to targeted cohorts of users, informing them about new launches, pop-ups, discounts and other news. Applebum, a Japanese streetwear brand, sends up to six messages a week on Line, bringing 30% to 40% of followers to the company’s online store per day.

Brands can also leverage the widely popular stickers on Line that are typically priced at about $1 per set. Last year the company sold $786 million worth of stickers contributing nearly to half of its revenues. For example, Coach launched Anna Wintour-inspired stickers, while Burberry has a special collaboration with Line to “dress” the company mascots, an introverted bear named Brown and a manic rabbit named Cony, in the brand's iconic trench coats.

Social commerce manifests itself not only in Gen Z shoppers’ heavy use of social media. It also creates a new form of community-driven commerce.

Vestiaire Collective, a platform to sell pre-owned fashion, reported in their “The smart side of fashion” that since COVID-19, users are not only looking for platforms that provide better economic possibilities, but also for new communities and “a shared sense of togetherness”. The company has seen a 570% increase in searches for new members to follow on the platform, compared to January 2020. In addition, members who follow each other purchased items from each other 82% more often compared to the beginning of the year.

Another example is Animal Crossing, a video game that went viral during the first weeks of the lockdowns. Many found escape in this game, where people are represented by cute animated avatars and that is centered around players making their surroundings nicer and connecting with others. Animal Crossing created a new universe for people who were eager to find refuge from the raging pandemic and connect with others through the game.

Players enjoy dressing up and beautifying their avatars and some brands capitalised on that. For example, Japanese brand Tatcha launched its new facial cleanser, The Rice Wash. It is available both in real life and for the digital Animal Crossing versions. Designers like Marc Jacobs, Sandy Liang and Valentino have showcased their latest collection in Animal Crossing as well, making them available for free in the game.

Driven by the same values

For Gen Z consumers shopping is often not a simple matter of transaction, it’s a statement that represents their beliefs and values. According to Inside Retail, 63% of these consumers want to know that their spending is ethical and prioritize companies that contribute to a social cause.

Among such causes – climate change, gender and racial equality, and fair labor practices. For example, according to McKinsey when analyzing websites and newsletters of more than 2,000 fashion brands, the appearance of the word “feminist” increased by more than five times between 2016 and 2018.  In the light of recent Black Lives Matter protests many companies rushed to take action. For example, Sephora and Rent the Runway joined the 15% pledge, an initiative calling on retailers to ensure that 15% of their offering is represented by Black-owned businesses. Brands, like Mented, Marques Almeida and Eckhaus Latta donated a portion of their sales to bail funds and Black Lives Matter funds.

While these actions certainly were celebrated by shoppers, some companies came under fire for not being sincere in their efforts. Simply committing to a cause is no longer enough. Brands have to walk the talk, or otherwise be under the watchful eye of the internet community. For example, Unilever, which sells skin-lightening products, drew angry comments under an Instagram post about racial justice. Social media users rightfully pointed out the hypocrisy of the moment. Glossier, a skincare and makeup company, has also come under fire after allegations of unjust and racially insensitive treatment of its retail staff surfaced. Even though the CEO of the company, Emily Weiss publicly apologized, the #cancelglossier movement swept through social media costing the company nearly 100,000 followers and drop in its quarterly sales.

In the current environment brands can no longer ride a wave of popular movements and slogans. They can expect to be examined under a microscope and if consumers sense a gimmicky and disingenuous approach, their reaction will be swift and they will choose with their wallets.

Gen Z is bringing new perspectives and rules to e-commerce. The future of social commerce is not simply about being present on or embedding shopping functionality into social media. It’s about connecting with shoppers in an authentic way, embracing the community feeling and enabling free and direct communications.

This generation of shoppers, that grew up scrolling through social feeds and switching between apps, is looking for a sincere connection. What’s more, consumers are projecting how they build relationships with each other to how they interact with brands. They are building parasocial relationships with brands and sellers, thus transforming social commerce to community-driven commerce.

Community commerce is a new phenomenon, one that mimics elements of social, with its ability to connect and communicate with others, and communities, with the sense of belonging and shared values. To thrive and appeal to these shoppers brands have to change their playbook – focus on co-creating, on being raw and true and on directly connecting with shoppers.

The Future of Social & Virtual Shopping

What is online UX and how can you improve it in your fashion store?

How to grow fashion e-commerce through Social Media

Why Fit Quiz is The 'Perfect Fit' for your fashion brand?

When It Comes To Fashion, Personalisation Is Easier Said Than Done

How improving repeat sales is better for business

5 tips to improve your data strategy